In August we perform the off-Broadway hit musical, The Mad Ones.

Mad to live, mad to talk, mad to be saved...
18-year-old Samantha Brown sits in a hand-me-down car with the keys clutched in her hand. Caught between a yearning for the unknown and feeling bound by expectation, she telescopes back to a time before her world had fallen apart. As she relives her senior year, we meet Sam’s well-intentioned helicopter mother Bev and her high school sweetheart of a boyfriend Adam, but it’s her painfully alive best friend Kelly that haunts her. Kelly was everything Sam is not – impetuous and daring. She pushed Sam to break rules and do the unexpected. When Kelly is killed in a car wreck, Sam loses not only her best friend but also the part of herself that was learning to be brave. Now, Sam has to make a decision: Will she follow her mother’s dreams for her, or will she summon the courage to drive away from her friends and family into a future she can’t imagine?

We have an amazing 2022 season lined up for you at the Iron Horse Community Theatre.

I’ll start with our concerts. We have Lisa J and The TriO on February 12. On May 21 we have a true soul R&B songstress from Boston, Kim Tavares. Then coming back for the second year in a row is New York’s singer/songwriter/pianist and amazing entertainer Jacob Khalil on July 23. The Grateful Dead music celebration is on September 24. We finish our concert season on November 26 with two very talented singers/songwriters from Nashville, Jabe Burgess and Alana Solomon.

Our first Friday Standup Comedy Night for the new year will be Friday, February 11.  We also have Standup Comedy Nights on May 20, July 29, September 23, and November 25. As mentioned on Saturday February 12 we will have our first concert night of the 2022 season. It will be part of our special comedy/concert Valentine’s weekend.

Also, in 2022 we will be performing 2 plays and 2 musicals. We start in June with the funny, but very touching play, The Boys Next Door. Then in August we perform the off-Broadway hit musical, The Mad Ones. In October we will be performing the Pulitzer Prize and Tony Award winning drama, Doubt: A Parable. In December we will finish our season with the hilarious musical, [title of show]. It will be an amazing season with 5 comedy nights, 5 concerts, 2 plays, and 2 musicals.

Save money and purchase a Season Pass! Our Season Pass is good for 6 admissions to any of our shows! Why not see one of each? For example, attend 1standup comedy night, 1 concert, both musicals, and both plays. Regular price would be $120.00.

Stand-up Comedy Club at the I.H.T.C. 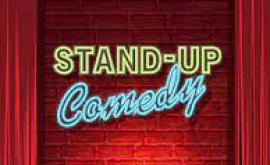 Our  next Stand-up Comedy Club is on Friday night September 23 with some of the Burg's funniest comedians!

We also have our final Standup Comedy Night of the season on November 25.  So, don't miss either of our final two standup comedy shows of 2022. Come out and grab a drink and a snack at the Iron Horse Community Theatre and be prepared to laugh your a#% off!

Headliner: Gwen Sunkel - Gwen Sunkel is a comedian and wig enthusiast from Indianapolis. Her album “No More Tears” debuted at #1 on the Apple and Amazon comedy charts.

Feature: Andreas O’Rourke - Andreas O'Rourke is a Stand Up Comedian and Actor, who has had the opportunity to perform across the Tri State area. He has also starred in several independent films, and has worked professionally in commercials. He loves performing in front of the camera, and on stage.

Host: Derek Minto - Derek Minto is a stand-up comedian currently residing on the top of a mountain in Pittsburgh, PA. Derek was voted best comic in the City Paper Best of the Burgh in 2016. In 2020, Derek recorded his first comedy album, ‘Live from Lawerenceville’s Finest Ham Themed Bar’ inside Hambone’s during the Covid lockdown. Derek has opened for Hannibal Burgess, Todd Glass, John Heffron, and Amy Schumer once drunkenly told him he was very funny. Derek has traveled the United States doing comedy but still finds any city without fries on their salad gross. 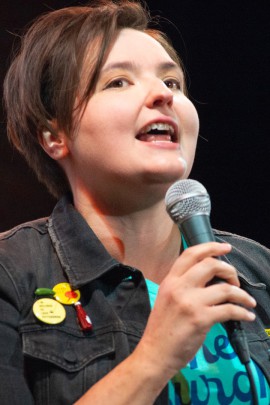 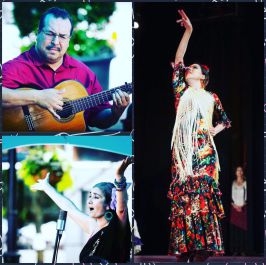 We are thrilled that our next concert, The Grateful Dead Music Celebration, on September 24th is sold out. So, if you don’t want to miss our final concert of the 2022 season, please get your tickets early. We finish our concert season on November 26 with two very talented singers/songwriters from Nashville, Jabe Burgess and Alana Solomon.

So, come out and enjoy the smell of fresh flowers and the candlelight ambiance at the beautiful Iron Horse Community Theatre. Enjoy a glass of wine and enjoy the amazing music of Jabe and Alana! This concert will be another relaxing, romantic and memorable concert event that will leave you singing and wanting more.

Click to listen to more of Jabe Burgess and Alana Solomon

Currently, COVID-19 mitigation measures have been lifted in Pennsylvania. This allows us to open our theatre and seat at full capacity (60 seats). However, there are some things we all need to be aware of. Being in crowds like in restaurants, bars, fitness centers, or theaters puts you at higher risk for COVID-19. To lesson the risks, the Iron Horse Community Theatre allows for fresh air to circulate as often as possible by opening all windows and doors before and after every show. To block out any outside noise and to air condition the theatre, all windows and doors are closed during the show. Although we have a good ventilation system, we added two heavy-duty air purifiers in the theatre and set them to run before, during, and after every show. The following protocols are also currently in place at the Iron Horse Community Theatre:

As official health and safety guidelines evolve regarding COVID-19, the Iron Horse Theatre Company may need to change some or all of the above protocols. Please check back the day of the show to see if any protocols have changed. Thank you for your cooperation and understanding in following these guidelines. 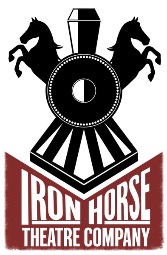 The mission of the Iron Horse Theatre Company is to provide thought provoking and entertaining theater that will enrich the cultural life in what is now known as the "rust belt" area of southwestern Pennsylvania. We will provide the people of this community the opportunity to not only attend, but also to participate in quality presentations and theatrical works. The symbolic name, "Iron Horse" represents the hard-working and "iron-willed" people in this part of the world. It is in this spirit that we will create theatrical experiences that celebrate the grit, determination, and strength of the human character.

Your patronage and generous donations go directly to supporting this worthy mission. If you would rather give of your time please scroll to the bottom of the page and fill out the volunteering form.

Your form message has been successfully sent.

You have entered the following data:

Be part of the Iron Horse Volunteer Crew! We need you! Whether you are a diva or more of a wallflower there are ways that you can help us ensure that the Iron Horse Community Theatre thrives!