Auditions for our 2021 season will be announced at a date yet to be determined. All auditions will take place at the Iron Horse Community Theatre located at 328 Maplewood Avenue, Ambridge Pa. 15003.

We will be auditoning for our three plays which include: Over the River and Through the Woods, 12:52 The Mike Webster Story, The Boys Next Door, and our holiday musical (to be determined at a later date). All auditions include a cold-reading. However, a monologue is helpful if you have one. Headshots and resumes are also accepted, but not necessary.

Over the River and Through the Woods

The Boys Next Door

The Boys Next Door

Arnold Wiggins (lead) - white male 28-45 - a mildly mentally disabled man who works at a movie theater, hyperactive and talks constantly, often abused by coworkers and is afraid to fight back, tends to be OCD.

Norman Bulansky (lead) - ethnically ambiguous male 28-45 - an overweight, middle-aged mentally disabled man who works at a doughnut shop, romantically involved with Sheila, a woman from another group home, very proud of his large ring of keys.

Lucien P. Smith (lead) - black male 25-50 - a large man who is very mentally disabled and functions at about a second-grade level, checks out books from the library, despite the fact he cannot read. Note: This role is traditionally played by an African-American actor; not required but preferred.

Barry Klemper (lead) - any ethnicity male 25-50 - he gets highly agitated over small things. The most aggressive of the group, he spends most of his time boasting about being a Golf Pro (although he does not yet own a set of clubs). At times, he seems to fit in with the rest of society.​

Jack Palmer (lead) - any ethnicity male 25-50 - the social worker for the four men, found that he's becoming burned out and is thinking about a new line of work.

Mr. Klemper (supporting) - any ethnicity male 55-75 - Barry’s explosive, abusive, handicapped father. During the course of the play, he decides to visit Barry while in the Boston area.

Sheila (supporting) - any ethnicity female 25-50 - Norman’s girlfriend. Like Norman, she faces mental disabilities. She is also obsessed with Norman's prized set of keys and is “no skinny Minnie herself.”

ALL SHOW TIMES START AT 7:30 EXCEPT THE SUNDAY MATINEE ON November 14.

THE SUNDAY MATINEE SHOW TIME IS 2:00. 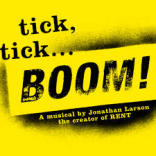 Holiday Musical (to be determined at a later date)

If you are interested auditioning for any of the above plays or musical, please fill in the contact information below. You do not need to have prior acting experience to audition. Bringing a head shot is optional. If you can, please bring any memorized monologue to the audition, we would love to see it. The audition will also include a cold reading from the script. If auditioning for our musical, please be prepared to sing. Thanks, and good luck to those who come out and audition for our 2020 season.

Your form message has been successfully sent.

You have entered the following data: